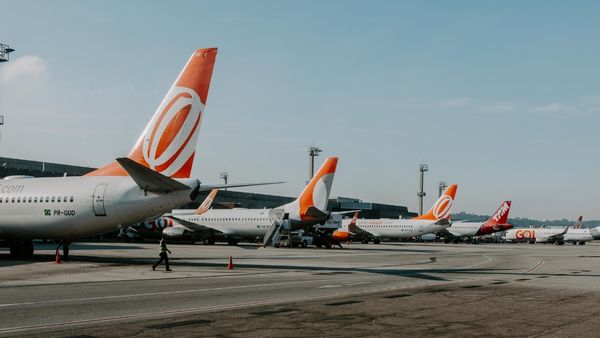 A problem plaguing the airline industry for ears has been the lack of visibility of aircraft and flight statuses. Are they on time? Is there a weather system affecting the east coast? Or, are there maintenance issues causing delays or an airport delay?

Airline executives have relied on archaic communication models to receive updates for far too long. What do we mean by archaic? Emails. Or phone calls. These modes are not only outdated but are unacceptable for the fast-paced and chaotic world of air transportation. You have too much at stake to leave the fleet's status to text messages and emails.

Who Needs the Information?

The short answer: everyone! Everyone directly in the loop of aircraft operations needs to be in the loop, but not everyone needs the same information or the same type of information.

How so? It may be important for flight ops to know that their flight from Boston to Minneapolis is delayed because of a bad air starter valve on the #1 engine. They need to know the specifics of when it happens, the prognosis, where the part is in the supply system, and how long the repair will be.

We know that executive leadership isn’t looking for that same type of information. They need the FL350 view of the fleet.

How many aircraft are in the air?

How many are on time?

Why are the flights delayed?

Is it a weather issue, airport issue, airspace issue, or mechanical issue?

Most importantly, they need to have this information in real-time, at a glance. If Flight 412 from Boston to Minneapolis is delayed due to maintenance, how long is the delay expected? Again, they need it on their phone at a glance, not buried in discrepancies.

Information Tailored for Each User Level

If they need more information on a given issue, they can open the aircraft profile and see the entire status.

The key feature of this communication tool is that all communications that are event-specific are centralized. Key stakeholders will be automatically looped into the discussion.

Say an aircraft suffers a major bird strike event, which happens often. Birds can cause serious structural damage, which is hard to convey through old-school modes of communication.

AireXpert’s system instantly put everyone on the same page about the status. As soon as the event takes place the process of either repair or recovery begins and all parties are queued in.

The discrepancy goes in the system as soon as a pilot or ground crew discovers the bird strike. Pictures and even videos can be attached to fully capture the severity and nature of the event.

Oftentimes, a simple picture or two goes much farther in explaining the severity of a situation than any amount of narrative. Executive leadership may be pulling their hair out as to why a simple bird strike delays a flight until they see it. It becomes obvious when context to the event is provided (i.e., the strike damages a stringer in the fuselage, punctures the nose cone, etc.); descriptions like “it ripped a basketball-sized hole in the nosecone!” are hard to quantify (unless, of course, it DID rip a basketball-sized hole in the nosecone).

What Is the Current Process for Upchanneling Status Updates?

As we mentioned, many air carriers still rely on email and text for up-to-the-minute updates. What’s the worst that could happen?

The worst that can happen is that your executive is left in a lurch and out of the loop on pressing matters. Text messaging is an important service we all use daily, but it has its place and some limitations. The same goes for email systems.

What Are the Limitations of These Systems?

While texting and emails can be used in a group thread setting, the threads become convoluted and distracting. Items tend to come in out-of-order, which is an overall mess. This is a poor solution for conveying the most important business in the company.

Also, there is no system of ensuring the right people are queued in when they need to be added to the appropriate thread.

When critical information is being shared, there is no way to catalog it for a later date or internal review unless it is saved on a local memory or intentionally placed in a drive for later access. But this is not a proper way to communicate pressing matters with executives.

By passive measures, we do not mean that a person isn’t uploading and updating the appropriate information. A real person is adding information on all active operations. It may be a technician, maintenance control, a pilot, or a designated representative.

How Miscommunications and Miscues Are Dealt With

AireXpert’s communication suite is designed, so that executive leadership has to do no sorting or sifting to get the exact information they need. It is all there, cataloged by aircraft registration number.

The timeline for each event is in real-time, so there is no question about where any given event is in the process. Group messaging is built into the system, so all stakeholders are there when needed and can easily review the thread if they are catching up on it.

Since each event is tied to specific aircraft in the system, there is no confusion about which aircraft the discussion deals with.

Color codes provide instant verification of the overall status of any aircraft in the fleet at a given moment and for the exec who only wants to know which aircraft are less than ‘green.’ At a glance, the C-suite can filter which aircraft are green and which ones are in some stage of repair or delay.

An Easy-to-Use and Implement Platform Is Needed

The system has to be simple enough to break the habit of reaching for email or text messaging to convey a message. Old habits die hard. The seasoned members of the organization have been using text messaging and email for over two decades to transfer information.

This reliance on outdated systems must be met with a system that is as easy to access and produces results immediately. We are confident that the executive leadership in your team will find the flow of information so intuitive and accessible that they will instinctively reach for the AireXpert app first. This isn’t new tech, though; many carriers have already implemented the systems and used them with great success.

Our app provides clear communication with a common goal. Everyone in the process needs a seamless, easy-to-use, and accurate information system that they can either provide information to or retrieve information from instantly.

Step back to the bird strike event. You can type out a description, or, as a maintainer or pilot, you can do a thirty-second walkaround and video to attach showing and describing the nature and severity of the event.

In the AireXpert system, all of the communication in an event is archived, so there is always a record of the nature of the discrepancy. Every step of the process is recorded and added to the event to curate the event's timeline, laying it out in a methodical and orderly manner. Executive leadership always has this at their disposal without even asking questions.

The AireXpert advantage is clear: the outdated communications methods need to be taken to the curb for fleet updates. We provide visibility and clarity to keep your executive leadership in the loop. If you are ready to get your whole team on the same page, give us a call to set up a demo, and we’ll walk you through how to save a ton of time and streamline your productivity. 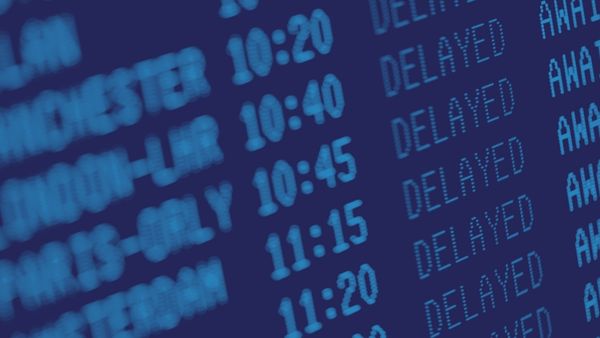 Aircraft maintenace Cause of delay